Previously, I detailed how you could trick it into working with C#. Now they have added direct support for it and even support for NUnit or XUnit.

Even though this is only a beta deployment, it feels like a massive step forward. I hae all of my code building at commit time AND I have unit tests as well!

Gone is the need to convince travis that this is a C project. We can at last proudly proclaim it to be C#. Another big change is that we don’t have to direct it to install mono, it’s already done for us.

One thing to note, NDifference is built against v4 of the .Net runtime so I had to make sure that I started the correct xunit console runner.

Here’s how Travis does the build now: 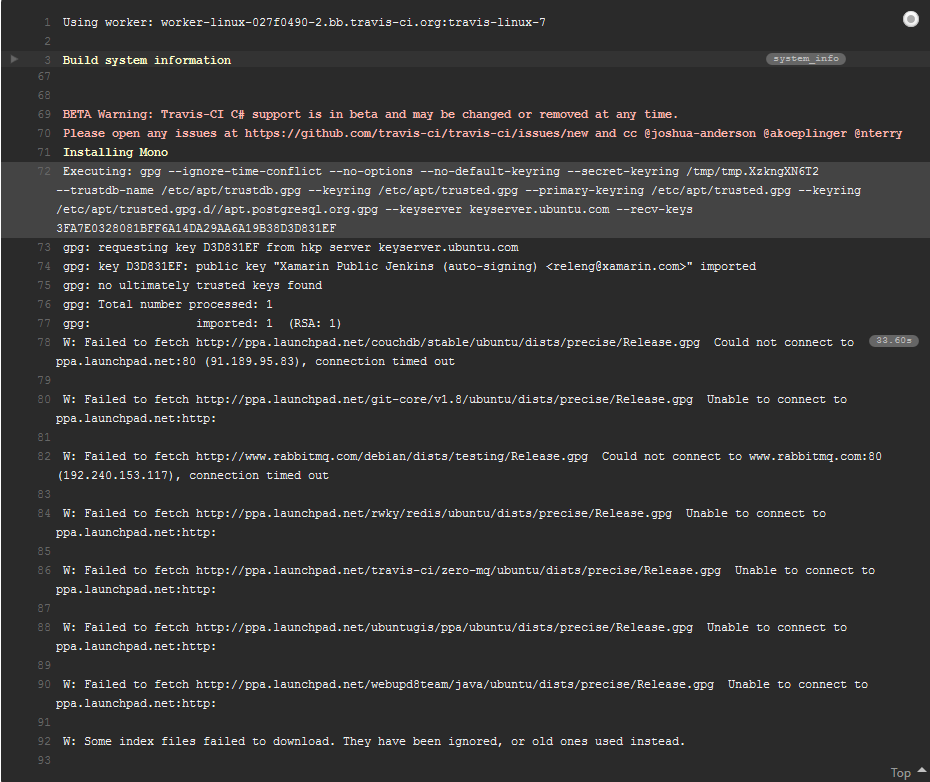 Currently, all my tests pass when run on a Windows machine but not when run in Travis. I will investigate the differences and report back.